A long time ago an Antifolk Superstar was born.  There are stories dating back to 10,000 BC.  He has many names, and one is Filthy Pedro…

Through history he is mentioned.   Written records refer to names like ‘Filthamesh’,  ‘The Filthy One’, ‘ Pedro Budr’ and ‘Filthicus Pedrato’.

To some he is a dark figure, feared for leading astray sons & daughters.  To others a hero, fighting the serpents of mundane, tuneful music.

Find out how Rock 'n' Roll you are. Take Filthy Pedro's world famous Rock'n'Roll Points test, devised by Bacchanalian Boffins and the man himself.

Who are the Carthaginians?

Filthy Pedro often plays with the Carthaginians, a rag tag collective of musicians. Find out more about these handsome folks.

Who is Filthy Pedro?

Originating from an unpronounceable rural outback of Anglesey and rumoured to possess mysterious druid-like powers.

An imp of the perverse and pioneer of the UK anti-folk scene. Filthy can often be seen playing with the Carthaginians, a band of lunatic musicians who keep on losing it.

Find out more about Filthy Pedro.

Lauren Laverne:
"Author of couplet of the decade: Drinking Jack Daniel's in the bathtub/Making a pact with Beelzebub"

Michael Hogan, Vanity Fair:
“If Filthy Pedro didn't write the book on perversely ingenious acoustic rock’n’roll, he can at least find it using a card catalogue”

Time Out New York:
“Is Filthy Pedro to dirty sanchez as chips are to fries?” 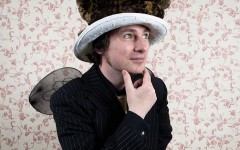 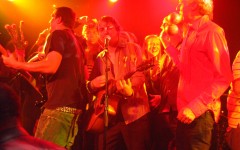 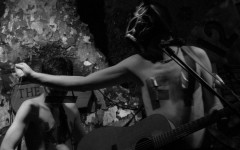 Both God and Flesh 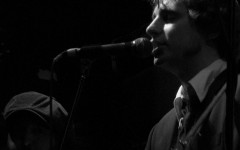 One of the Antifolk Festivals

Filthy Pedro has formed a new band called En Heat. Featuring Filthy on guitar and lead vocals, it also features fellow Brighton based musicians Gazik Stan (drums), Jay Canapé (bass) and Oliver Fist (keyboard). En Heat are currently working on their debut album, and you can see when they are playing on their website. Below […]

I’ve recorded/rewritten a Shirley Collins song for a new compilation to help fund a film about her. See the video below: Shirley Collins comes from Sussex and and wrote and performed as a key member of the English folk revival of the 1950s. It’s her role in the legendary Lomax recordings that also form her […]

Gilgamesh famously failed in his bid for immortality, but I’ve always been tempted by the idea, and so this Easter weekend represents a rare chance at actually achieving it thanks to an old legend in the Peak District, England’s oldest National Park. Once a year, on Easter Eve, legend has it that an ancient Mermaid goes for an […]