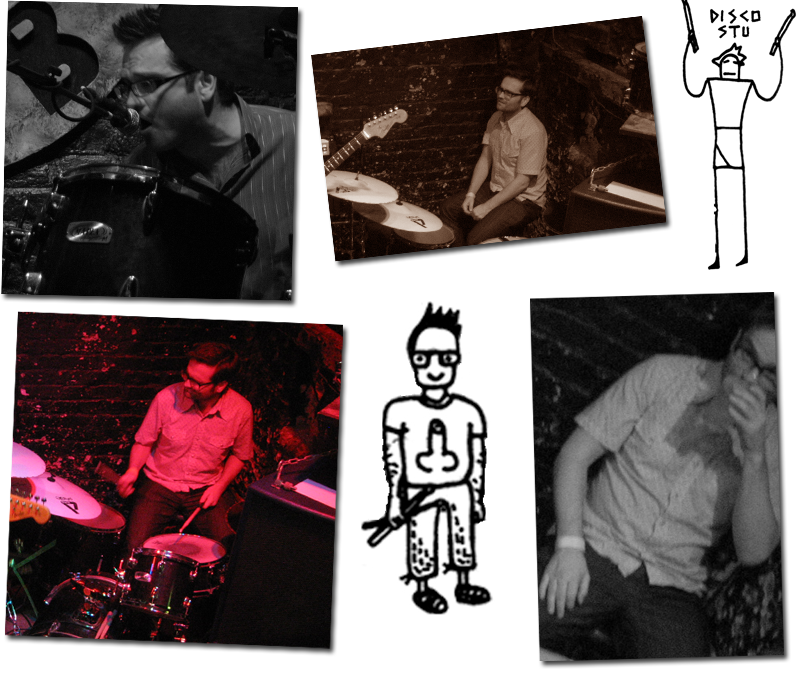 Dr Stuart Saunderson, also known as Disco Stu plays drums in Filthy Pedro’s Carthaginians. A doctor in maths and a reputed genius in Poker, he is renown for his sexual prowess and swing dancing as well as his drumming ability.

Stuart plays regularly in David Cronenberg’s Wife, and more irregularly in the Carthaginians. He also sings, and duets with Filthy Pedro in ‘Man I’m Old!’.