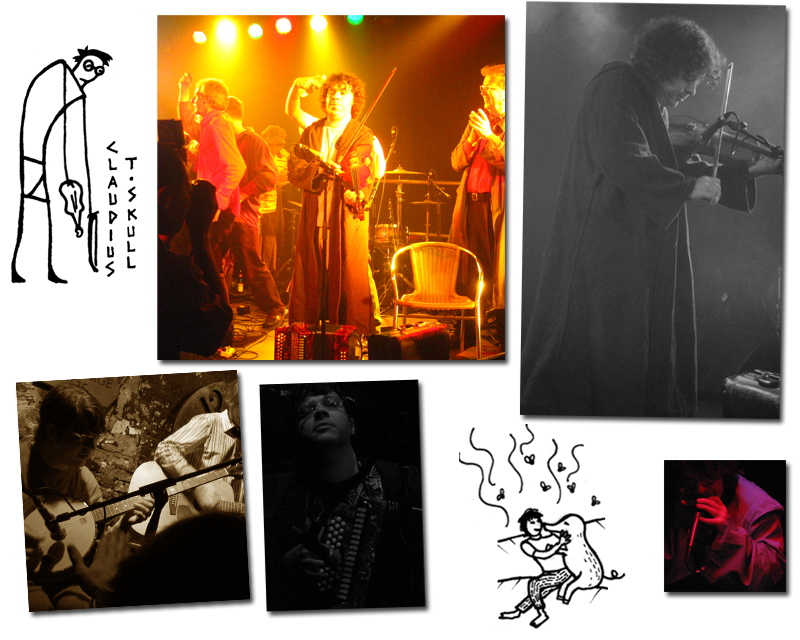 Tim Tomlinson aka Claudius T. Skull holds the world record for the amount of apologies uttered in 24 hours as well as the combined amount of hot dogs and pear cider consumed at the same time. Tim is a multi-instrumentalist who plays things like the melodica, fiddle, flute and concertina with the Carthaginians.

Originating from Knebworth, Tim is a folk musician in his own right, and is a student of old folks songs and sounds. He is especially noted for his spontaneous jigs, based on olde English folk dances. When the spirit of folk overtakes him on stage, crowds swarm like tramps after free soup.