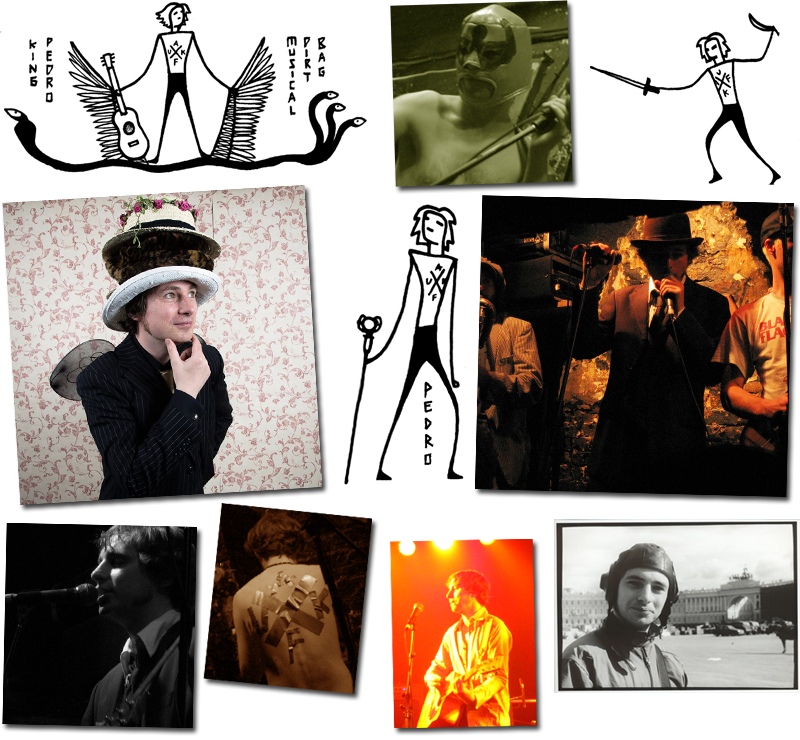 Rumour has it he was born in Anglesey – the Island off the north coast of Wales – and descended from Druids. Other theories suggest his origins in ancient Mesopotamia.  He is considered to have the perfect ‘bottom’ and an ego the size of Madagascar.

Filthy Pedro was instrumental in the creation of the UK Antifolk movement (AFUK), starting up the first ever events dedicated to British Antifolk acts. He co-runs the Antifolk festivals that take place in London with Tom Mayne from David Cronenberg’s Wife.

Taking any excuse to travel, Filthy has toured the US, Japan and South Wales, where he was almost lynched in Pontypridd. He has also been allowed onto a few Radio shows to records sessions, including BBC 6 and WBAI New York.

Listen to Filthy Pedro on the music page now.